Alone and in groups

I have been reading Stephen Greenblatt's Pulitzer Prize-winning, The Swerve: How the World Became Modern" recently. My mother passed in on to me. It's an interesting book about how the rediscovery of Greek and Roman texts, specifically Lucretius' "On the Nature of Things," changed the course of history and thought. I'm still in it, but I came across this bit here (reproduced in gotoreads, which makes me wonder if this is like a torrent site for books, so hopefully not breaking any laws here)

Ancient Greeks and Romans did not share our idealization of isolated geniuses, working alone to think through the knottiest problems. Such scenes—Descartes in his secret retreat, calling everything into question, or the excommunicated Spinoza quietly reasoning to himself while grinding lenses—would eventually become our dominant emblem of the life of the mind. But this vision of proper intellectual pursuits rested on a profound shift in cultural prestige, one that began with the early Christian hermits who deliberately withdrew from whatever it was that pagans valued: St. Anthony (250–356) in the desert or St. Symeon Stylites (390–459) perched on his column. Such figures, modern scholars have shown, characteristically had in fact bands of followers, and though they lived apart, they often played a significant role in the life of large communities. But the dominant cultural image that they fashioned—or that came to be fashioned around them—was of radical isolation.

It's interesting how the religious thought or idea actually changed what we valued in thought, also possibly creating a world of saints, solo inspiration, and eventually the tortured creative genius. It's an interesting lineage to think about.  Also interesting to note that when you look at our own history, rather than the lore of the individualist that we love to tell, most all discoveries and thought were created out of group development.  There's an interesting history book about the enlightenment and coffee houses, and how the greatest thinkers of the 18th century all knew each other and bounced ideas off of each other, though they were in different disciplines. Of course I can't recall the title.  We may arrive and leave alone, but in between its clear we are shaped by our time and those around us.  I like the idea that we work through things together.  So much less pressure.

Speaking of pressure, I have a pinched nerve in my neck that's traveling down to my fingers, making writing somewhat challenging.  I will persevere, but I've not been spending much time doing it as it feels like a funny bone has been hit up and down my arm.  It's lessening.  And sometimes you just gotta go ahead and type even when you have a numb finger.

Suffering for art. That's another trope for another time.

Posted by Criticlasm at 10:16 PM No comments: 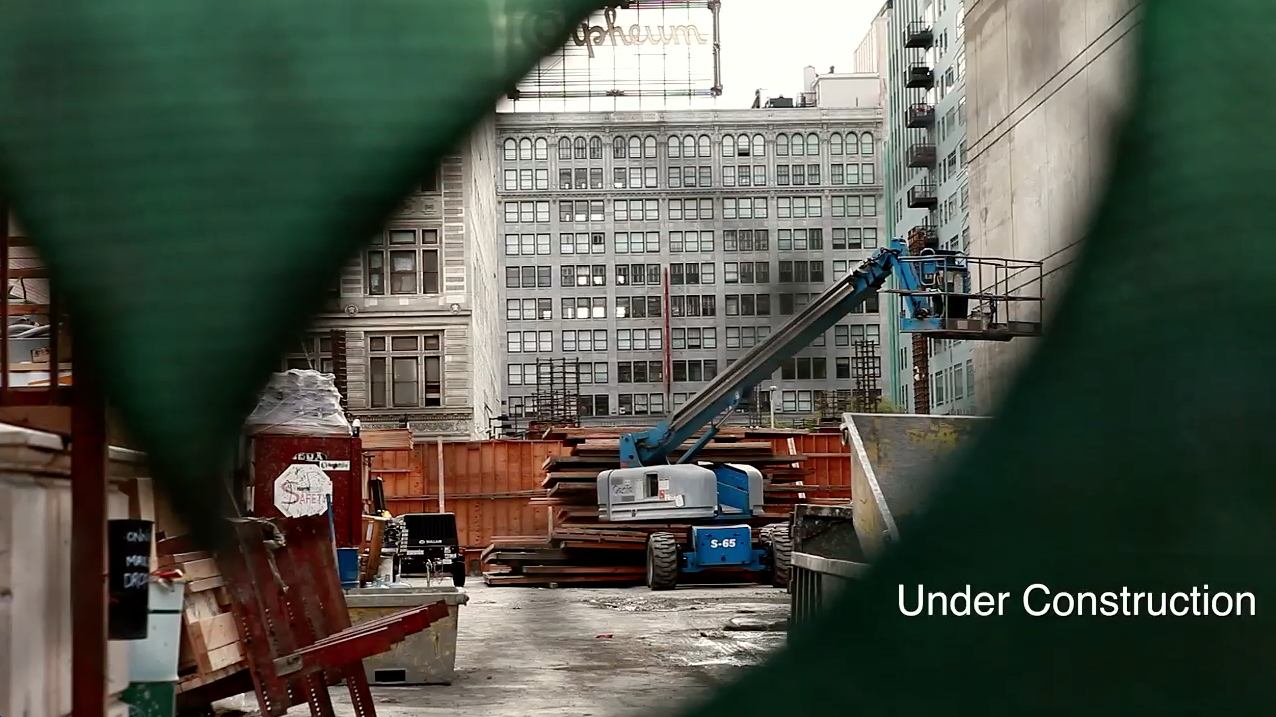 A few years ago, 2008 to be exact, a dear friend of mine passed away.  Another dear friend sent me 10 tickets to Outfest, as it was coinciding with the event, and he thought it would be a good way to deal with grief.  Having something to do is certainly helpful. I was introduced into a whole world I didn't know.

I think since then I've gone most years, and it looks like I've written about it a fair amount.  This year, though, my first film will be showing.  I'm aware now of how much goes into making a film, even a short. I'm a little nervous about how it will be received.  Frankly, aside from some short plays I've written, I'm used to performing other people's work. Most of my writing is on this blog, so it's not like I feel like I'm playing to an audience.  This theater has a 600 seat capacity.  Yikes.

We screen this Sunday night at 9.  The festival is exciting, with many parties, breakfast, lunches, all kinds of things.  I'm being open to whatever happens, and keeping a good attitude. Here we go!
Posted by Criticlasm at 7:45 PM 2 comments:

It's that moment.  We all pass this way. "Pass" is the word to remember.  There will be other moments.

I did see a play and two movies this weekend, and I'm seeing Cher tomorrow night, so it's not like I've been sitting home brooding.  It might be time to do that, though. But back to our regularly scheduled not scheduled program soon...
Posted by Criticlasm at 5:12 PM No comments:

I'm not going to write about the Supreme Court decision, and how wrongheaded and disturbing the decision about Hobby Lobby is.

I'm not going to write about the ridiculous open carry laws which just led to a show down in a convenience store in Georgia THE FIRST DAY the law was enacted and the police had to be called.

I'm not going to write about the virulently anti-gay bishop from Minnesota who, surprise surprise, has been revealed to have been in several same-sex relationships.

I'm not going to write about ISIS in Iraq, and how we have possibly spent trillions of dollars on a wrong-headed war where we have once again empowered a group of fundamentalists to take over a country we had no business invading in the first place.

I'm not going to write about the increasing wealth divide and increasing youth unemployment.

I won't write about the drought.

I'm fighting hard against cynicism these days.  I'm looking at ways to take action. There is so much to be upset about.  I know a strategy is to look around and see what is good with your world. There's a lot. And there are things to do.  Perhaps all of this is mobilizing people - realizing that when you don't vote, the people in office do not make decisions that you're happy with.  Or I guess if you're a fundamentalist business owner, they do.

Meanwhile, I'm going to take refuge in history, and have faith that things will work themselves out.  I'm going to enjoy the weekend, and our independence.

And I'm thinking it's time to read Don Quixote.

That last part was a non-sequitur, but it's amazing how many classics there are to read.  Never too late.

In other culture news, Boyhood and Venus in Fur are both opening this weekend, so good news for adults and movies.  I'm also going to see Stupid F*ing Bird at the Boston Court - a remix of Chekhov.  When do you not love that?
Posted by Criticlasm at 8:43 AM No comments: